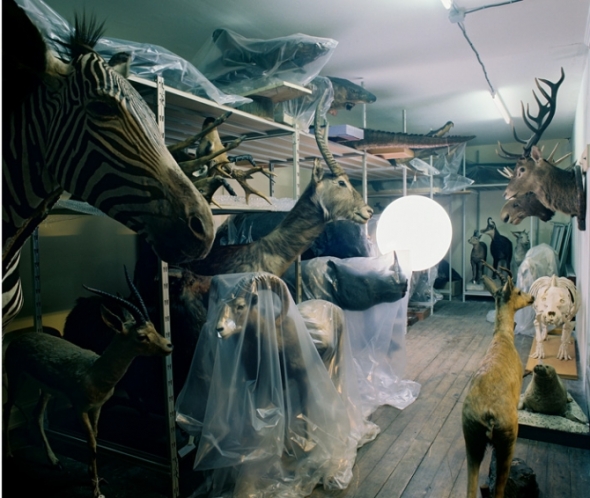 Into February we go and the glut of releases to wade through continues unabated. Next on our horizons are compellingly named Scots, Conquering Animal Sound, whose debut album is out on 7th Feb. I managed to catch these guys at the surprisingly excellent Shh! festival the other week, where their consummate mastery of lo-fi, loop filled electronica was one of the highlights of the day.

The duo’s record is equally impressive – singer Anneke Kampman sounds like a beguilingly Caledonian Bjork, her looped and layered vocals providing the perfect blanket for James Scott to stitch his lulling patchwork of blips, samples and sequences onto. Their sound is refreshingly unpolished too, you can hear the makeshift instruments jangle and clack and imagine them being recorded, lending the songs a pathos that envelops the sometimes ghostly atmospherics.

Catch these guys touring from today in a town near you and, if you’re in London, go and see them at the Slaughtered Lamb in Farringdon on the day of their album release. I’m sure it’ll be a pretty special show…

Listen to the rest of the album for free here and buy it from the excellent Gizeh records.

Photo is by Thomas Couderc

03 Feb This entry was written by Keith Urbane and published on February 3, 2011 at 3:32 pm. It’s filed under music and tagged Conquering Animal Sound, Kammerspiel, Thomas Couderc. Bookmark the permalink. Follow any comments here with the RSS feed for this post.